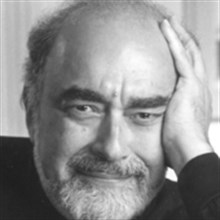 A successful novelist and playwright, Ira Levin (1929-2007) became a best-selling author with his first novel, 1953’s A Kiss Before Dying. More thrilling works followed, including 1968’s Rosemary’s Baby and 1976’s The Boys from Brazil, which were later turned into feature films. Levin served in the U.S. Army Signal Corps from 1953 to 1955. After being discharged, he spent much of his time devoted to the theater. Levin enjoyed some success with his adaptation of Mac Hyman’s humorous novel No Time for Sergeants. His own original works included the 1958 mystery Interlock, the comedy Critic’s Choice, and the 1965 musical Drat! That Cat!, a comedy about a thief. He returned with another play, the mystery Dr. Cook’s Garden, two years late in 1967.